Today, the world’s first bollards from a 3D printer were installed in front of the Gardens of the World in Berlin. The ten bright orange sculptures serve as traffic control at the north entrance to the park. Their special feature: The interior consists of a resistant steel structure. The outer shell, however, is a work of artist Moto Waganari. The reflective, wavy surface is well equipped against vandalism. The bollards were created on the 3D metal printing machines of the Berlin-based company GEFERTEC.

The project was initiated and supervised by the Print Pioneers team, a unit of the Berlin.Industrial.Group., to which GEFERTEC belongs. Its aim is to make the possibilities of industrial 3D metal printing accessible to users in art, architecture or design.

“This will change the face of public space,” says Daniel Bärwolff, project manager of Print Pioneers. “In the future, urban furniture will no longer only have to be functional, but can also score points as an eye-catcher.” The Print Pioneers are already working on other bollard formats, lighting installations and, above all, on crash-absorbing street furniture for high-security applications. The collaboration with the Gaerten der Welt was a first test run of how to produce stable interior designs for bollards. Instead of grey concrete blocks, crash-resistant, aesthetic objects could change the face of public space and contribute to urban quality of life.

The bollards were set up in the presence of Kathrin Buhe, Park Manager of the Gardens of the World, and Nadja Zivkovic, District Councillor for Economy, Roads and Green Space. “The new innovative sculptures are a real eye-catcher for our visitors”, said Kathrin Buhe. Nadja Zivkovic added: “The first 3D-printed security elements in the world come from Berlin-Marzahn. That suits us well and underlines the wealth of ideas in our district.” The district office for Roads and Green Space supported the installation of the bollards both professionally and financially.

Startup Hub at the B.I.G. Campus

Our partner MotionLab.Berlin opens its second location at our B.I.G. Campus! With this, the Hardtech Makerspace offers even more modern space for the growing startup scene in the hardtech sector and provides access to a dedicated community. The best conditions to realize innovative product ideas. Read more 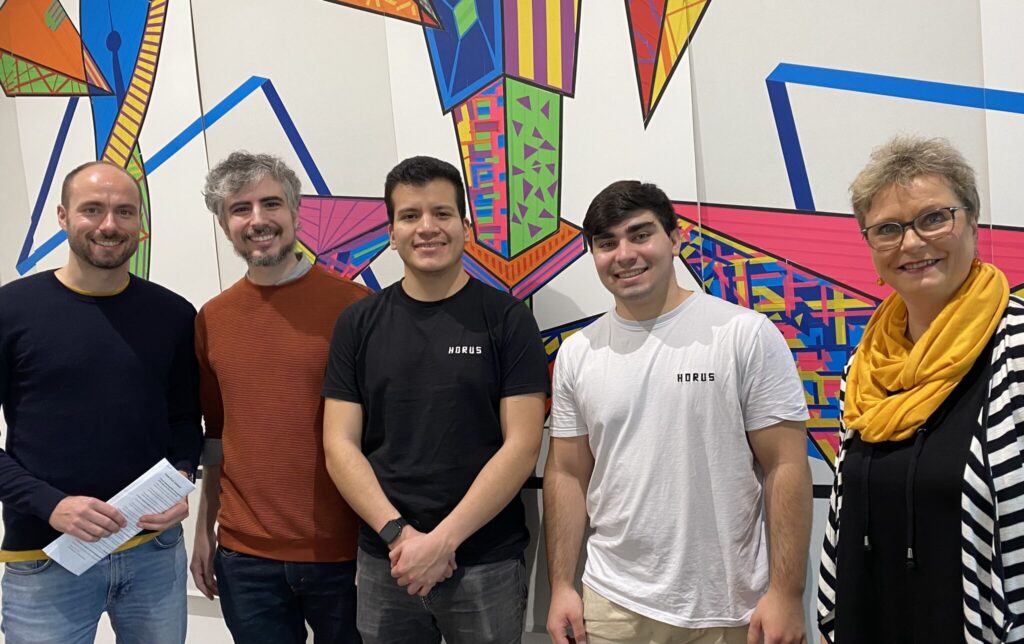 Participants of the Startup Accelerator selected

After an extensive selection process, this year's participants in the "MakeUp Industrial Tech" accelerator program have been determined. Together with MotionLab.Berlin, we will support three up-and-coming young companies in the coming months. Read more
So erreichst du uns